The Peoples of the Susquehanna River


The Susquehanna River can trace it's American colonial history back to the 1600s. European settlers were drawn to the Susquehanna's fertile valleys and abundant resources, bringing their hopes of prosperity, and their conflicts, with them.

But long before their arrival, there were others who called this region home. They were people who traveled the length of the Susquehanna and knew it well ... People who were one with the landscape. Who were they, and where did they go? And what have they left behind?

Peoples of the Susquehanna River is an original documentary film produced by WVIA Public Media and Bucknell University. The one-hour program examines the history, cultures and traditions of the Native Americans of the Susquehanna River watershed. Prehistoric tribes, whose existence over 1000 years ago can still be discovered up and down the river from New York State to the west branch to the Chesapeake Bay.


Northcentral Chapter 8 kicks off its winter season of meetings and workshops with a visit from Indian artifact expert and flintknapper Gary Fogelman.
Fogelman will present a workshop on how to identify stone tools and artifacts at 6 p.m. Nov. 6, 2017 at the Taber Museum, Lycoming County Historical Society, 858 W. Fourth St., Williamsport, PA.
The public is welcome to attend.
Northcentral Chapter 8 (NCC8) will also accept nominations for its board of directors, including president, vice president, secretary/treasurer, at the meeting. 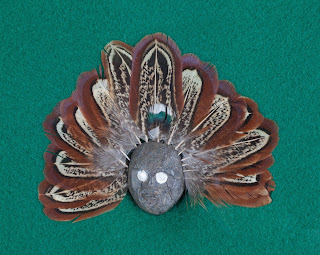